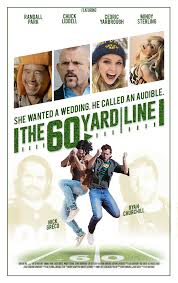 Named by Barrons as among the top 100 advisors in California for 2017 and 2016, Jon Neuhaus serves as a private wealth advisor and managing director at Morgan Stanley Private Wealth Management. For decades deeply involved with the nonprofit City Year, Jon Neuhaus is also a die-hard Green Bay Packers fan who has gone to the extent of co-producing a Packers-themed movie, The 60 Yard Line.

Released in 2017, The 60 Yard Line is based on a true story set in 2009 when Packers legend Brett Favre leaves for the Minnesota Vikings. The romantic comedy revolves around Ben “Zagger” Zagowski, a Packers fan, and his best friend Nick Polano, a Bears fan, who purchase a house in the parking lot of Lambeau Field, the Packers’ storied home stadium.

The house, nicknamed The 60 Yard Line, gets in the way of Zagger and his longtime fiance, Amy Etzman. A cow also gets into the picture. Former Green Bay players are featured in the film, and it also has guest appearances by celebrities including UFC Hall of Famer Chuck Liddell.
Posted by Unknown at 1:56 PM